From Bilbcraft Wiki
Jump to navigation Jump to search

East Plains station is a station on the East-West Mainline. It sits directly adjacent to East Farm, a community arable farm. Formerly a temporary terminus, East Plains is now a through station on the way to Foothills.

The Central Rail Authority provides a teleport to the Mesa from an obelisk outside the south entrance to the station. 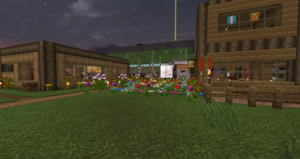 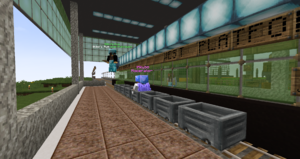 The first arrival at East Plains from Foothills Station after the eastern extension was opened.
Retrieved from ‘http://bilbcraftwiki.com/index.php?title=East_Plains_Station&oldid=493’
Category: